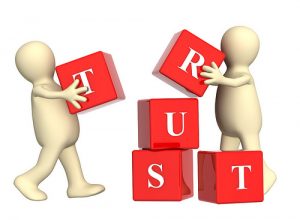 If you are from a dysfunctional family it is likely that you don’t trust yourself; your thoughts, your decisions, your choices or your abilities to do things like succeed or have healthy relationships. You may believe that it is impossible for you to be happy or achieve some semblance of emotional success. You may suffer daily from depression, anxiety and anger.

There are many ways and styles in which a family can be dysfunctional. You can have one or two dysfunctional parents that bring many emotional difficulties of their own to the parenting table.  They may be the products of four other dysfunctional individuals, and so on. You may also have step-parents with issues of their own. You can see where that can lead to many problems in raising emotionally healthy children who feel good about themselves.

One thing dysfunctional families have in common are the negative and often discouraging messages they give you, whether they are disciplining, correcting or just plain bullying. Often negative messages are given in an attempt to control.

When researching for Dysfunction Interrupted, I studied the types of negative messages given and the effects of what I believed to be the most damaging of parenting styles. Interestingly, these messages had the same effect on people regardless of race, religion or socioeconomic status.

You can see for yourself what these dysfunctional styles have in common. Terrible, negative messages given to children who take them in and use them as the building blocks of their emotional development and lives.

Messages that suck the life and spirit out of you and cause depression, anxiety and anger problems.

More importantly, what they have in common is that they are not true statements. They are products of anger, control, lack of parenting skills and lack of empathy. They are thrown out there in order to hurt, attack, control or justify neglect. They are lies you have been told about yourself.

You would not conduct yourself as an adult based on someone’s lies. You would question, push back and sometimes just ignore someone who was lying to you once you knew they were lying. You would not take these lies in and be hard on yourself, you would put the responsibility on the part of the lying person. And that is what you have to do with those old messages about yourself. They are not valid and you cannot keep them internalized. Put them back where they belong and reparent yourself, so to speak. See those messages for what they were.

One exercise I have clients do is to write down whatever negative messages they were given as children and examine them for validity. Pull them apart and really see the roots of those messages. You may be hard pressed to find any real evidence that those messages were true. When looking into the past it becomes easier if you know what you are looking for. Up until this point you may have been looking while asking yourself what is wrong with you or where did you go wrong. You may have made some poor or uninformed choices in life but most likely you did so based on the building blocks you were given, not because there is something inherently wrong with you.

So write down the messages you were given and then list for each how you believe that they affected you or what things in your current life can be attributed to them. Then list how things could be different if you negated these beliefs.

Here is an example:

If the message to you was that your ideas were ridiculous you may never have felt comfortable sharing your thoughts or dreams. You most certainly didn’t pursue an adult life based on them. You may now be living a life based on someone else’s thoughts and dreams and feel unsatisfied. But what if your ideas and thoughts had been validated and encouraged? What if you liked and trusted your thoughts and ideas? Where would you be right now? How can you get there right now, incorporating the important parts of your current life? Make a plan, a map and then take the action steps needed to move in that direction. It may feel scary if you have never acted on your own ideas before but remember you can always change course if something isn’t working out. Everyone makes mistakes, everyone has to regroup at some point, reevaluate what they are doing. This process is what makes life a journey.

While doing this exercise you should also start feeling some excitement and inner strength peeking through. You should start getting in touch with the “real you”. This should feel good. Don’t let the negative messages intrude, remember they are lies, not things to pay attention to when evaluating yourself.

I am not saying at this point that you should become angry with your parents or whoever, that is not productive. They may have just been carrying over the same parenting methods they were raised with. They may have been doing the best they could with what they knew or had to work with. But isolate those limiting messages and see them as lies, not guiding lights in life development.

Please get the free resource How to Stop Wasting Your Life Being Depressed, Anxious and Unhappy: The Top 10 Strategies of Emotionally Successful People

To learn more about how dysfunctional thinking patterns arise, how they affect you and how to recover from them, see Psychskills.com and the book, Dysfunction Interrupted-How to Quickly Overcome Depression, Anxiety and Anger Starting Now.